3D-CAD-Prouses the Qt framework to draw and manage its interface. This framework is used in a wide range of applications, so the 3D-CAD-Prointerface is very classical and presents no particular difficulty to understand. Most buttons are standard and will be found where you expect them File → Open, Edit → Paste, etc. Here is the look of 3D-CAD-Prowhen you open it for the first time, just after installing, showing you the start center: 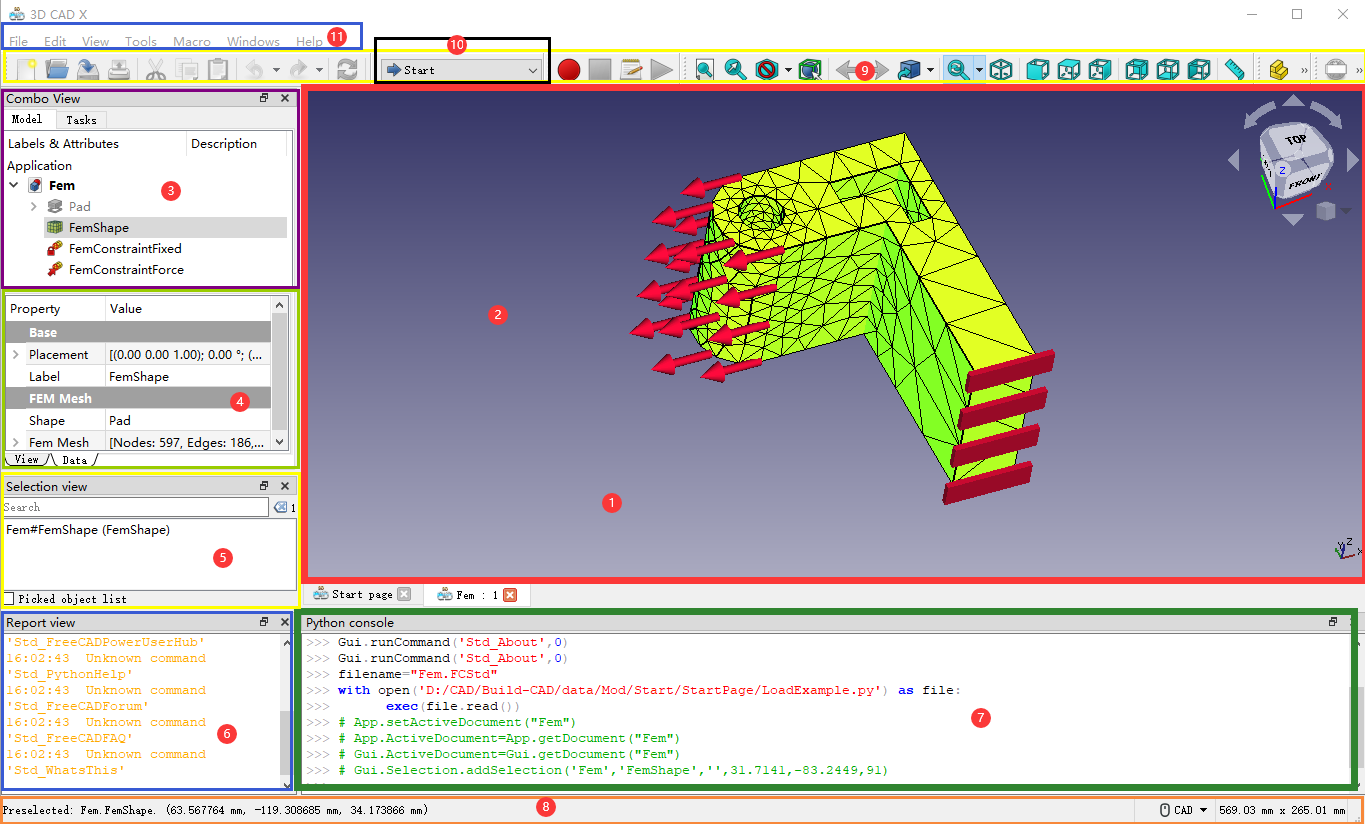 The main concept behind the 3D-CAD-Prointerface is that it is separated into workbenches. A workbench is a collection of tools suited for a specific task, such as working with meshes, or drawing 2D objects, or constrained sketches. You can switch the current workbench with the workbench selector. You can customize the tools included in each workbench, add tools from other workbenches or even self-created tools, that we call macros. Widely used starting points are the PartDesign Workbench and Part Workbench.